To share your memory on the wall of Esmer Durham, sign in using one of the following options:

Of Springfield, VA, passed away peacefully at Walter Reed National Military Medical Center, Bethesda, MD on November 30, 2019, surrounded by his family. The eldest son of the late Ruth and Esmer Durham, Sr., he was the valedictorian of DC’s Armstrong HS and a Howard University graduate where he earned a Bachelor of Science in Mechanical Engineering and his ROTC officer commission. He retired from the US Air Force after 28 years of notable and distinguished military service. Bill was an active member of a number of charitable organizations including a local chapter of the Kappa Alpha Psi Fraternity, Inc., Optimist International, American Legion Post #176, and he volunteered at Joint Base Anacostia-Bolling and the Veteran's Administration. He is survived by his sons, Ricardo (Natalie) and Roderick (Taslim) Durham; daughter, Dina Paltoo; grandchildren, Natisha, Ricardo II, Gabrielle, Adrian, Carlisle and Celina; brothers, Carlton, Franklin and Furman Durham; sister-in-law, Patricia Durham; and a host of nieces, nephews and other family members, friends, colleagues and fraternity brothers. He was predeceased by his brother, Timothy Durham, and his sister, Elizabeth Banks. Interment will take place at Arlington National Cemetery on a later date.
Read Less

We encourage you to share your most beloved memories of Esmer here, so that the family and other loved ones can always see it. You can upload cherished photographs, or share your favorite stories, and can even comment on those shared by others.

Plant a Tree in Memory of Esmer
Plant a tree 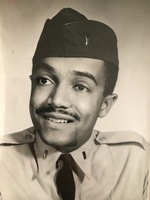 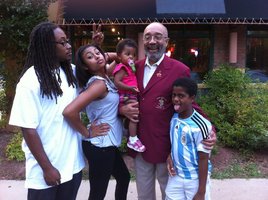 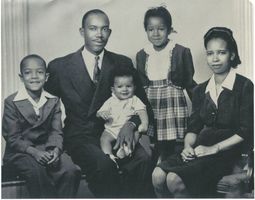