To share your memory on the wall of Michael Owusu-Siaw, sign in using one of the following options:

Based in Maryland, USA since 2003, after career of more than thirty years as a Head of the Information/Publishing Division at the Building and Road Research Institute (BRRI)/CSIR (Council for Scientific Research) (CSIR) based in Kumasi, Ghana.

Associate Professor at the College of Art at Kwame Nkrumah University of Science and Technology (KNUST) from the 1980's to the mid 1990's.

Earned his Masters in Education Degree from Strayer University and became a substitute teacher with the Montgomery County Public Schools, Maryland from 2004 until 2008.

A staunch Catholic, he belonged to Our Lady of the Holy Rosary Catholic Church at KNUST from his student days until the time he left Ghana. He then became a member of St. Martin of Tours Catholic Church in Gaithersburg, MD.

He was a proud supporter of the Black Stars, Ghana National Men's Soccer/Football Team and of the Liverpool Soccer Team, England

Provide comfort for the family by sending flowers

We encourage you to share your most beloved memories of Michael here, so that the family and other loved ones can always see it. You can upload cherished photographs, or share your favorite stories, and can even comment on those shared by others.

Posted Nov 22, 2019 at 11:47am
Rest well Dad. I remember how you use to joke with me when I was a kid. Your brother Anthony Amparbeng is very sad since when he heard about your demise. Rest well I can't take the pain because I didn't see you again since when you left. Rest well Agyapa
Comment Share
Share via:
E

Posted Nov 10, 2019 at 08:37pm
May the Almighty Lord protect & guide the family
My heart felt sympathy to the wife & children in this difficult period
God bless you all with grace & wisdom through this solemn period
Comment Share
Share via: 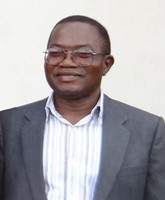